Things are going well on Lolland. It is an area in the midst of rapid development, and there are prospects for even more growth in the coming years.

This is not least due to the upcoming fixed link across the Femern Belt, which is expected to create great new opportunities for business, tourism and the area’s residents.

However, the Femern construction is not the only initiative underway. Lolland Municipality has been a leader in green energy and cleantech for many years, and these are areas that are still in development. At the same time, the region is a unique producer of sustainable food, and as the Femern construction progresses, the area is also expected to have an even stronger tourism profile.

Therefore, Lolland has many opportunities on offer, including for international citizens. There is already a large international environment here, and in the coming years, we expect that the area will develop into a new international hub, locally in Denmark, but at the same time centrally in relation to both Scandinavia and Central Europe.

The fixed link across the Femern Belt is the largest construction project in Danish history.

It will be 18 kilometres long and the world’s longest immersed tunnel for both cars and trains.The tunnel will consist of two types of elements: 79 standard elements and 10 custom elements.

Each standard element is 217 metres long and weighs 73,000 tonnes. This corresponds to 14,000 elephants per element! The custom elements also provide a unique ‘cellar floor’ for engineering, simplifying both the construction process and the maintenance of the finished tunnel.

The elements will be built at a factory in Rødbyhavn, and the area around the factory alone is 1.5 square kilometres. A large part of this is covered, in the form of large halls.

Among other things, the construction is expected to create up to 5,000 extra jobs each year, with even more in the auxiliary industries.

These are significant and fascinating figures, and they tell us a little about what awaits in the way of opportunities.

Visit the exhibition in the centre of Rødbyhavn to view the construction of the 18 km tunnel and the other projects in the region ahead of the tunnel opening in 2029. The exhibition provides a comprehensive insight into all facets of the Fehmarnbelt project through pictures, models and films - in Danish and English. Guides are on hand to provide more details about the project and answer questions.

The exhibition also offers an outdoor playground open throughout the year equipped with tables and benches. 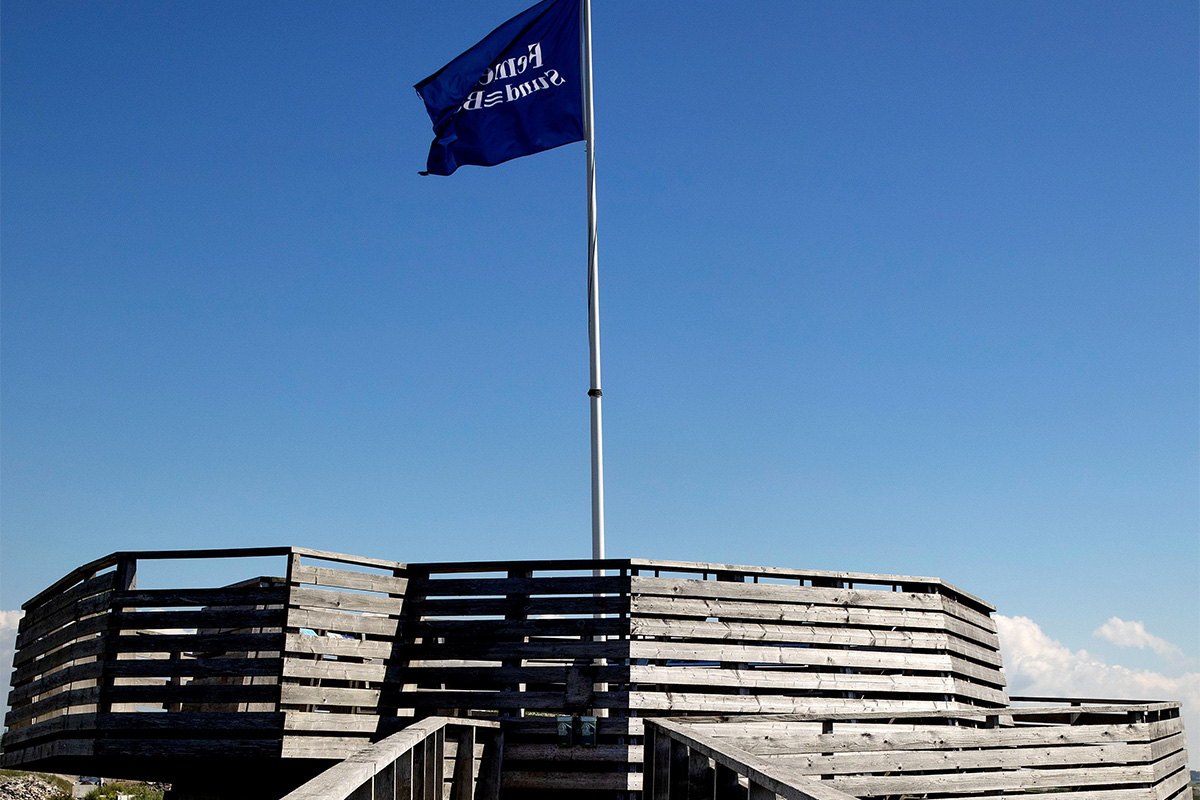 Other constructions are on the way

The Femern construction is having a knock-on effect in other areas.

For example, a new train station will be built at Holeby on South Lolland, and the Port of Nakskov will be expanded. These are initiatives that must both support the construction and at the same time improve the infrastructure on Lolland for both businesses and residents.

At exit 48 in Maribo, a large, new business park is also on the way. It is close to the motorway, Maribo station and only 18 minutes from Rødbyhavn.

The business area is aimed at transport-heavy businesses and related industries. The building plots can be adapted to the size of the companies and can be divided or matriculated as needed. In total, 88 hectares are earmarked for the business area, and the first stage of the business park was inaugurated in autumn, 2019.

The natural pools for climate adaption and the green areas create a recreational connection to the nearby city of Maribo.

In Lolland Municipality, we focus on the green transition. In fact, the green profile is an integral part of Lolland’s identity.

We were frontrunners when back in 2012, we got the first hydrogen village, where hydrogen and fuel cells were tested in the first large-scale plant in Denmark. In 1991, we got the world’s first offshore wind turbines, and the first efficient plant that combines wind energy and wave energy was developed.

Every year, we produce significantly more electricity than we consume, and we have succeeded in locating both onshore wind turbines and a solar park in a way that takes advantage of the fact that Lolland is well situated for both solar and wind energy.

In 2019, Lolland was 700% self-sufficient in electricity from wind and solar; 50% of the heat supply is also covered by renewable energy sources.

At times, the surplus of green energy on Lolland is enormous, and therefore, there are ideal opportunities for companies that want to work with the energy supply of the future.

The Best food on earth

Lolland is also known as a gastronomic mecca. The area has a favourable climate and rich soil, which provides optimal conditions for both large and small food producers to produce food of the highest quality.

In 2019, Lolland also laid the groundwork for "The Food Public Meeting" (Madens folkemøde). It was held at Engestofte Estate and was the first Danish public meeting for food. The programme included debates, workshops and, of course, a big food market.

Find more information about The Food Public Meeting on their website (only in Danish).

Muld Lolland-Falster is a network of enthusiastic food producers, restaurateurs, farm shops and entrepreneurs, who all have in common that they are rooted in the good soil of Denmark’s South Sea Islands and are passionate about what they do.

Do you want to know more about Muld? Then go exploring on MULD Lolland-Falsters Website (only in Danish)